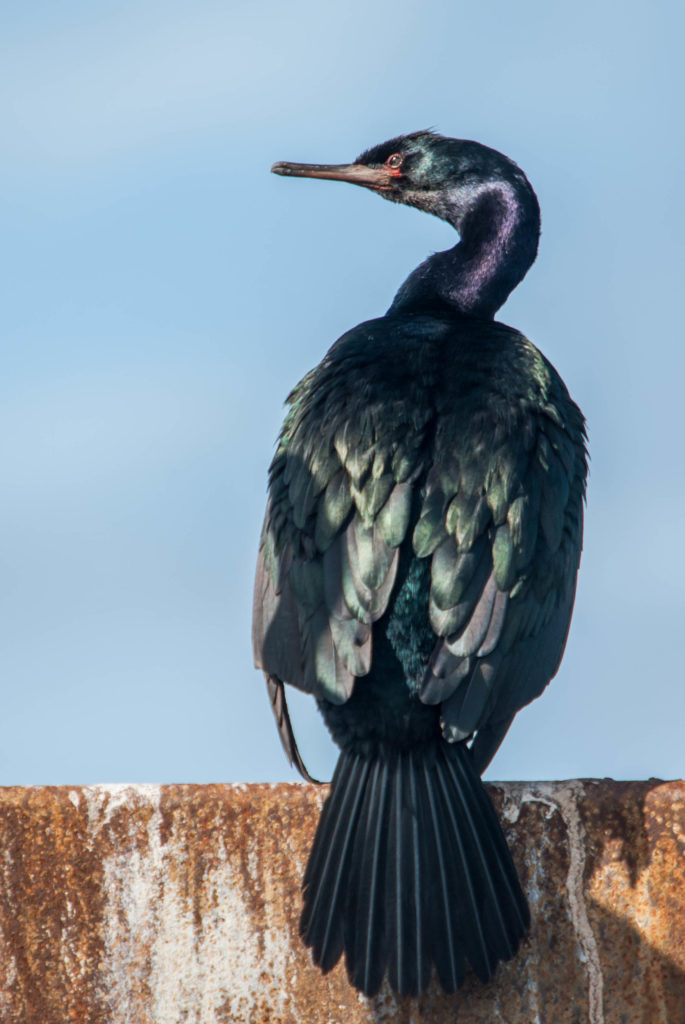 A slender, upright water bird with relatively short wings, a long neck, a long, slender bill and webbed feet. Although they are large compared to most other birds, they are still smallish compared to other species of cormorant. During the breeding season, they grow two short feathered crests on their head, one from the crown and one from the nape.

They are glossy black all over with a metallic iridescence. Breeding plumage includes white thighs, white hair-like feathers called filoplumes around the head and neck, and bright reddish patches of skin below the eyes. Juveniles are duller in appearance, from brownish-grey to a flat black.

Piscivore: an animal whose diet consists mostly of fish.

These seabirds inhabit the coasts of the Northern Pacific, often seen in significant numbers on rock outcroppings, pilings, docks and ships. In the winter they can also be found in the open ocean.

These seabirds are effective deep-sea divers, able to propel themselves efficiently under water as deep as 30 meters. They prefer to hunt around kelp beds and rocks, typically in sheltered bays but also out at sea. They feed mostly on small fish and crustaceans.

The nest is made of grasses, stringy plant and seaweed material and held together by the bird’s guano (scat). Pairs stay faithful to their nest, revisiting and improving the nest each year. 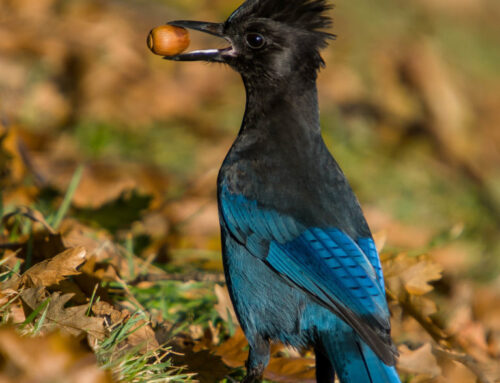 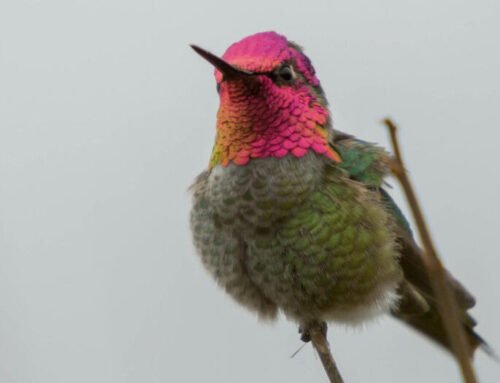 Celebrate the return of the birds!

Birds are a gateway to nature, inspiring connection to and appreciation of the world around us. During May, over 250 species of birds can be seen and enjoyed throughout the Lower Mainland. Join the celebration through interactive bird walks, online events and webinars. Events and activities welcome beginners and experts alike.

The Greater Vancouver Bird Celebration is coordinated by:

The Greater Vancouver Bird Celebration acknowledges that we are on the unceded territories of the Musqueam, Squamish, and Tsleil Waututh Nations.